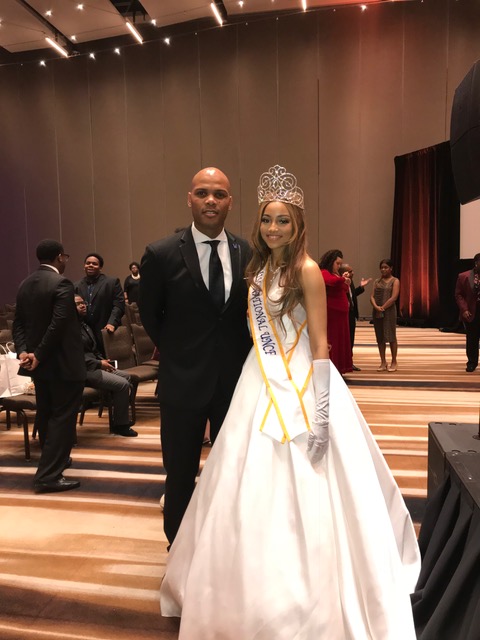 “I am so thankful to have this opportunity and this platform to raise funding for scholarships that will be used to help students afford a college education ,” said Miss Barnes about her win. “It has been so rewarding to compete for the title alongside Sasha Jefferson. We share a common goal of wanting to remove barriers to a better life and a bright future for so many students.”

Barnes was crowned Miss UNCF for Wiley College in January. She is a sophomore from Chandler, Arizona. She is pursuing a Bachelor of Business Administration degree in Management. She is a member of Wiley’s Emerging Leadership program, the Pre-Alumni Council, and the Student Union Advisory Board.

Miss Jefferson, her opponent, is a sophomore from Houston, Texas. Collectively, with financial support from their families, Wiley alumni, and friends of the College, the students raised $53,000 during their Wiley campus campaigns. Barnes, as the winner of Wiley’s title, raised the most funding. The campaign total topped the funds earned by the competing schools, thus earning her the national victory.

All the campaign dollars support student scholarships at Wiley and are used to help the College meet an annual UNCF three-to-1 match challenge to its member schools, which is realized by raising a minimum of $100,000.

Barnes will spend the next 12 months raising awareness around the country about the value of pursuing and earning a college degree and letting students know that resources are available to help them do so.