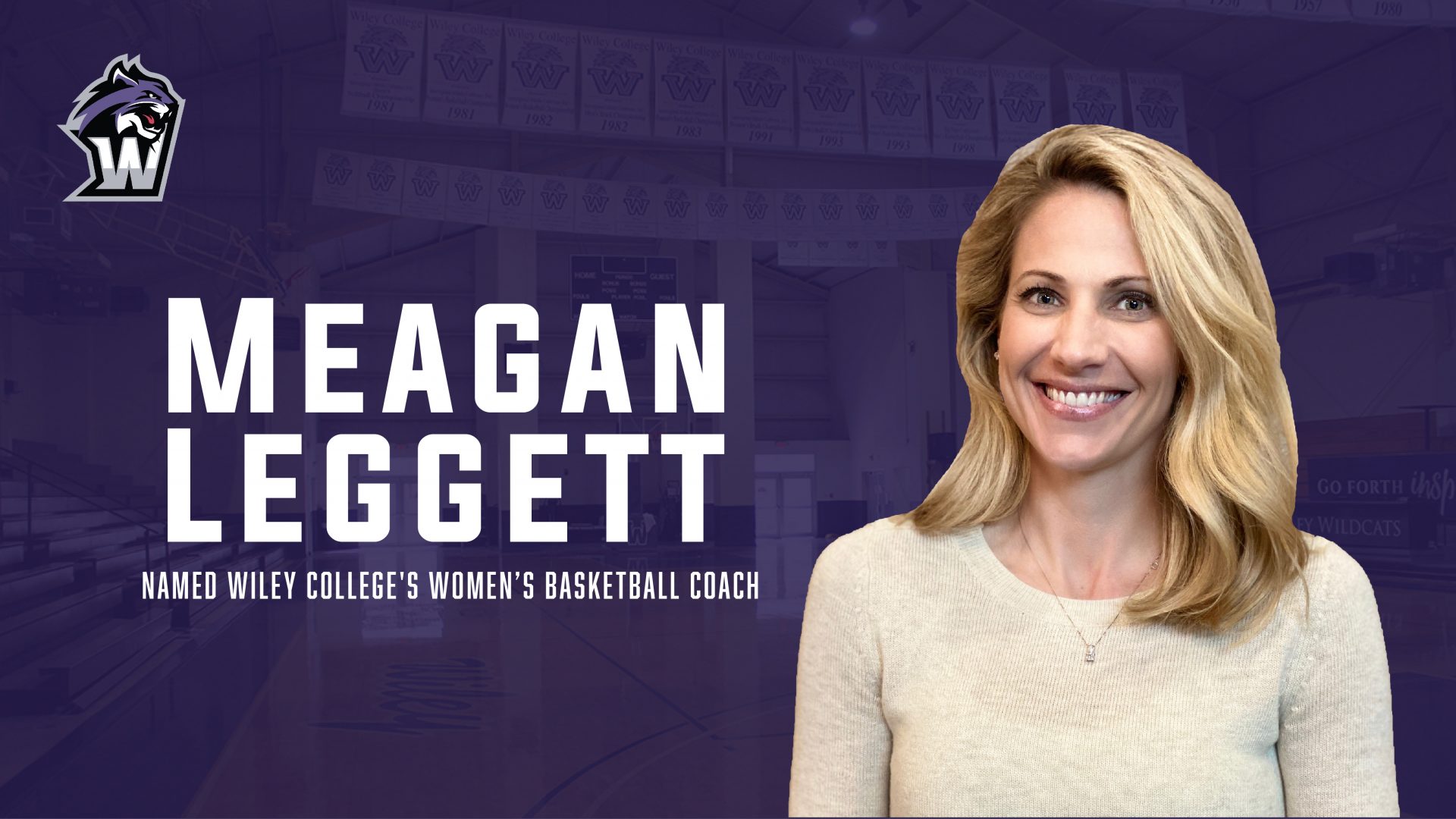 Leggett has spent her entire career in East Texas and joins the Wiley College coaching staff after being an assistant coach with Panola Junior College and Jefferson High School.

“I am extremely honored and completely humbled to be the next head women’s basketball coach at the historically distinguished Wiley College,” Leggett said. “I would like to thank President Herman Felton for trusting me with this important position. I am very grateful for the many opportunities that my love for the game of basketball has provided me.

This game has taught me many life lessons about work ethic, the importance of discipline, the gravity of team work for success, and it has always been a tool that connected me, educated me, and truly helped me understand the importance of diversity in our culture. I come to Wiley College eager to understand and learn more, and I look forward to serving the community in a manner that represents Wiley College and its’ mission.”
At Panola Junior College, she recruited international athletes from Brazil, Nigeria and Australia. She designed and implemented strength and conditioning workouts. Leggett played a crucial part in helping seven athletes graduate as sophomores. Along with coaching, Leggett was also a physical education professor and taught several group exercise courses.

At Jefferson High School, she was an assistant coach on the varsity girls team and coached at the junior high school where she also taught five courses.

Leggett graduated from Stephen F. Austin State University with a Bachelor’s of Science in Kinesiology in 2017. She earned President List in 2016 and 2017. After graduating, Leggett started her career in fitness instruction and has worked in Longview, Carthage and Henderson, Texas.

She will inherit a team that returns four players from the 2019-20 team – Kyani Moore, who was named the 2019-20 Red River Athletic Conference Freshman of the Year, Kayja Jackson, Kaitlyn Davis and Ashley Daniels. Also returning are six recruits that arrived in August 2020.

“I can’t wait to get to work and start building relationships with the existing players and to start recruiting young women and athletes that share a vision to accomplish something special on the basketball court and in life,” Leggett said. “I will make sure that we build a program that makes the city of Marshall and Wiley College proud.”