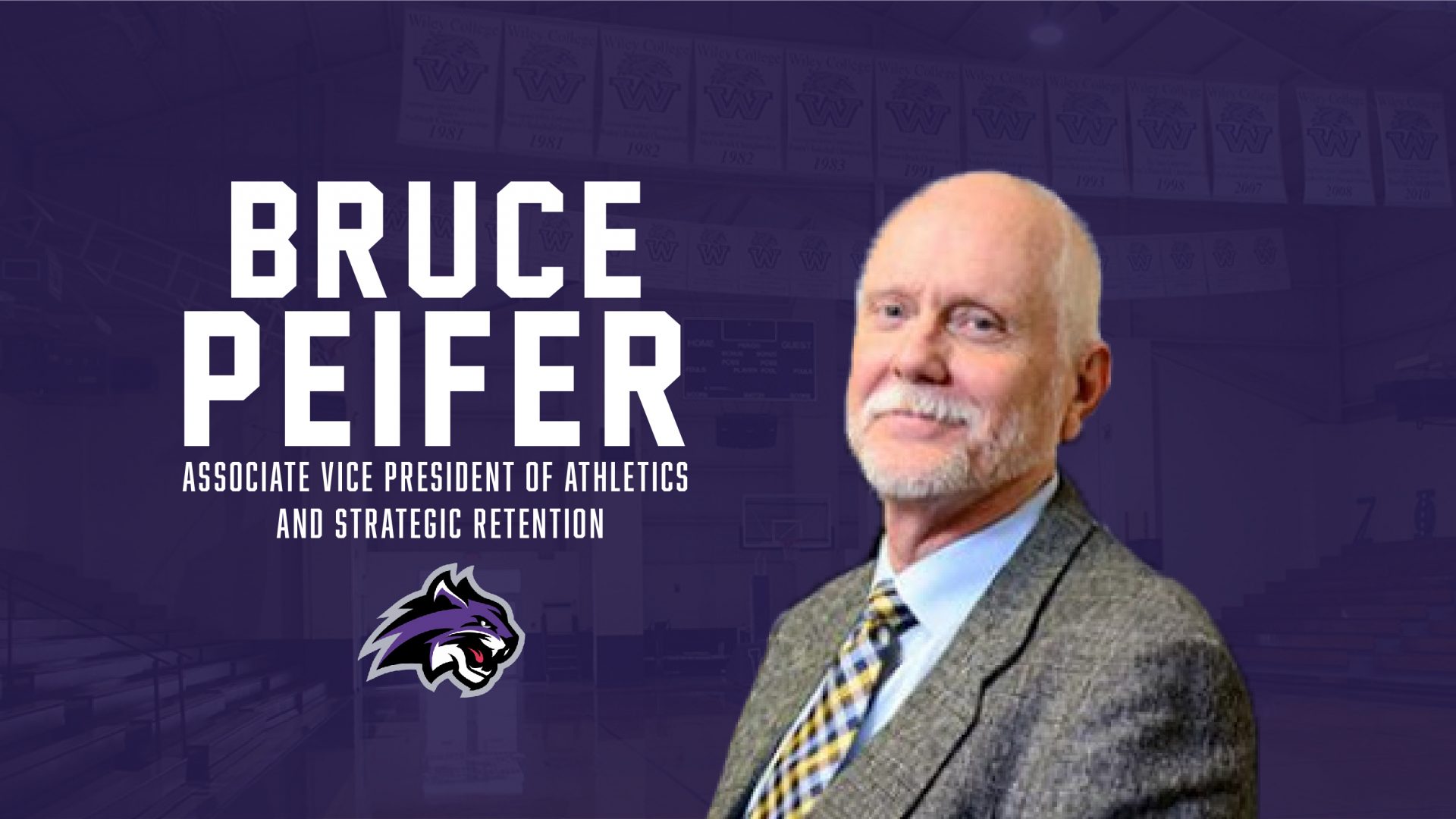 Wiley College is pleased to announce the hiring of Bruce Peifer as Associate Vice President of Athletics and Strategic Retention.

Peifer brings a wealth of administration experience to Wiley College. He joins the Wildcat Family after serving as professor of health and exercise science at Oakwood University (Ala.) since 2018. He was also a member of the faculty senate, a volunteer track coach and the intern coordinator.

“I think this is a tremendous opportunity for me to be a part of,” Peifer said. “I’m excited to get started. I’m thrilled that Wiley College and President Herman Felton have allowed me the opportunity to work with a great athletic department that I’m looking to make greater.”

From 2004-2018, Peifer worked a variety of administration positions at Washington Adventist University (Md.) – which was formally known as Columbia Union College. He served as athletic director and was over 14 teams at the National Collegiate Athletic Association Division II institution from 2004-10. During his time as athletic director, he doubled the student-athletes on campus and greatly increased the department’s fundraising efforts.

Peifer’s proudest achievement came in 2007 when his athletic department was awarded as one of the most diverse in the NCAA Division II. In 2008, the athletic department held a grade-point average of 3.0 with the volleyball and cross country teams holding the highest averages.

In his first stint with Oakwood University from 1996-2004, He served as chairman of the physical education department and as Vice President for Advancement and University Relations.

Peifer graduated from Loma Linda University (Calif.) with a Master of Science in Health and Education in 1986. After his graduation, he started the athletic program and got them associated with the National Christian Athletic Association and the National Association of Intercollegiate Athletics. He oversaw the construction and managed the Drayson Center – which is a 102,000 square foot sports and recreation facility on the Loma Linda campus.

He considers his wife, the former Edythe Joy Doggette, a special gift from God and his children Masika Joy and Michaela Jean his motivation. His favorite saying is “The only thing constant in life or athletics is change, be ready.”