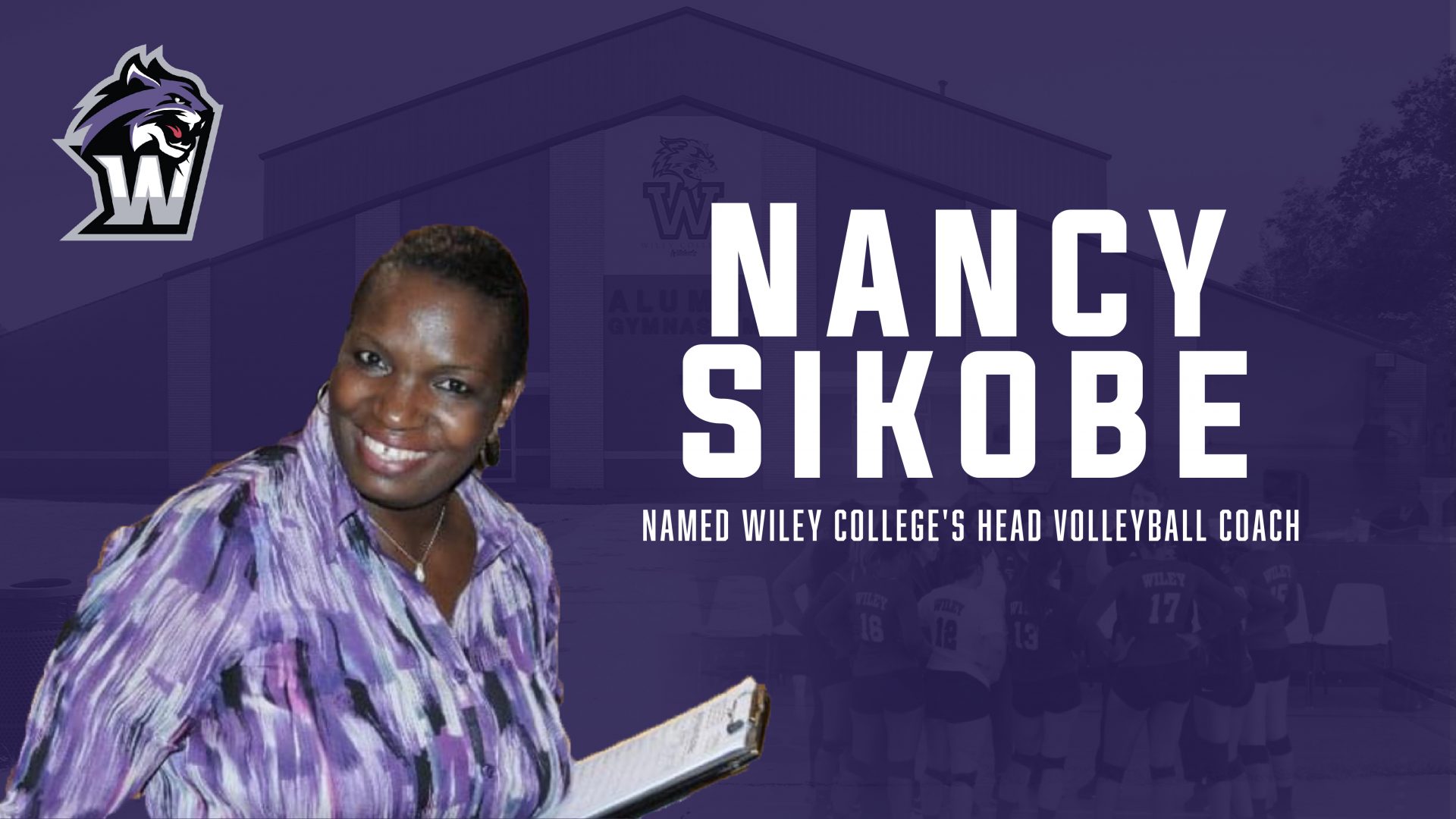 [Marshall, TEXAS,] March 29, 2021 – The Wiley College Department of Intercollegiate Athletics is proud to announce the return of Nancy Sikobe as Head Volleyball Coach.

From 2009-2014, Sikobe became the winningest coach in program history – guiding the Lady Wildcats to 121 wins and four appearances in the Red River Athletic Conference championship match. In all six seasons, Wiley College finished in the top three in the conference. Sikobe led the Lady Wildcats to four 20-plus win seasons, including 22 in 2012 – which is the program record.

Six of her players earned National Association of Intercollegiate Athletics All-American recognition, with Jessica Lopez earning second team in 2010 and Magda Santos being selected to the second team in 2011. Under Sikobe’s guidance, Lopez was named the 2010 RRAC Front Row Player of the Year, and Diana Castaneda earned the 2013 RRAC Defensive Specialist of the Year. Two players earned RRAC Newcomer of the Year with Sikobe’s leadership – Santos in 2011 and Rebecca Moustapha in 2014. Sikobe produced 41 All-Conference players, with 16 making the first team and 11 selected for the second team. She coached all of the program record holders.

Following the 2014 season, Sikobe spent one season with Texas College, where she tutored three All-Conference players. From 2016-2019, she led Dillard University (La.) to 70 wins and two appearances in the Gulf Coast Athletic Conference championship match. Ten of her athletes earned all-conference honors, with seven earning first team. She brought up the 2017 GCAC Player of the Year, 2016 and 2018 GCAC Freshman of the Year, and the 2018 and 2019 GCAC Defender of the Year.

She will take over a Lady Wildcat squad that won 52 games the last three seasons under Mike MacNeill and claimed the 2018 Red River Athletic Conference regular-season and tournament titles. Six players will return from the 2019 squad, including First Team All-Conference selection Tiyanna Johnson, and Second Team All-Conference selections Kailie Williams and Marissa Neal. Recruits and junior college transfers will join them as they will look to contend for the 2021 Red River Athletic Conference title.