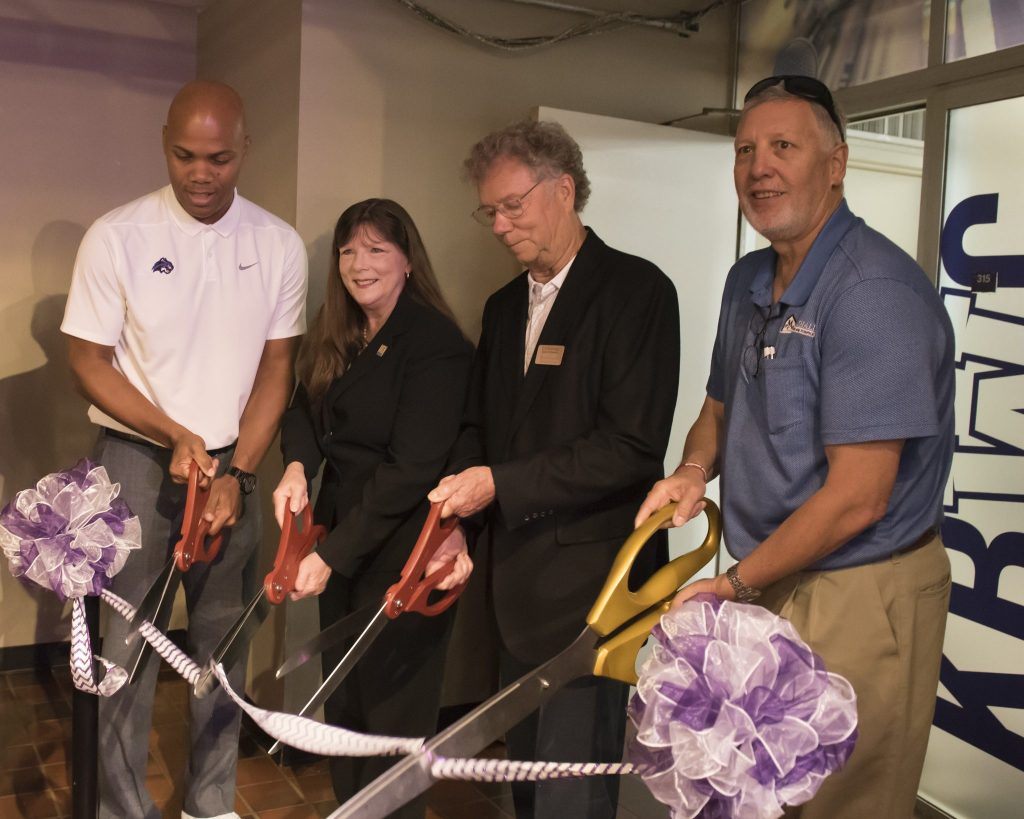 After a brief ribbon-cutting ceremony today, Wiley’s radio station, Keep Building Wiley College (KBWC) 91.1 FM, is officially back on the air thanks to a $100,000 grant from the Marshall Economic Development Corporation that funded renovations of the station as well as an upgrade of its equipment and technology.

“We know what the radio station means to the community, and we know what obligation we have to restore the station to the community. It would not have been possible without the Marshall Economic Development Corporation,” Wiley College President Herman J. Felton Jr. said today at the ceremony.

The station currently operates on 150 watts, making it available to Marshall listeners within a five-mile radius of the school, but Dr. Felton said the College looks forward to the station’s power increasing to 2,000 watts in the next academic year. The increase would expand the listening audience as far as the Louisiana border to the east, and Tyler, Texas, to the west.

During his remarks, President Felton also thanked Wiley’s eleventh President and Wiley alumnus Dr. Robert E. Hayes Sr., who secured licensing approval for the station from the Federal Communications Commission during his years of service to the College.

During her remarks at the ceremony, Donna Maisel said she was proud to partner with Wiley to reinvigorate the radio station and return it to the airwaves.

The station currently plays a mix of 70s, 80s, 90s, and contemporary R& B. In the coming months, it will return to its roots of training mass communication students for careers in radio broadcasting.

Housed in the Fred T. Long Student Union Building, KBWC went off the air when the building closed for renovations. With the student union now open, the College is delighted by and thankful for its partnership with MEDCO to return the station to the airwaves.

Want more! See more images from the grand re-opening in our photo album on our Facebook page.