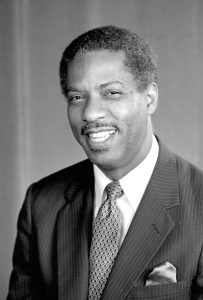 ATLANTA – Dr. Thomas W. Cole, Jr., who oversaw the consolidation of the two higher learning institutions in the late 1980s that would become Clark Atlanta University, died Thursday at 81.

On January 11, 1941, Cole was born in Vernon, Texas, the second of four children to Eva and Thomas W. Cole Sr. He received his undergraduate degree from Wiley College, where his father served as president. In 1988, Cole became president of Clark College in Georgia and oversaw its union with Atlanta University to become CAU. He served as its president until 2002.

During his tenure as president of Clark Atlanta University, President Cole launched phase one of the institution’s first Capital Campaign (The University for A New Day Campaign). The effort exceeded its $9 million goals, raising $11.5 million. Dr. Cole also served as the Chairman of the United Negro College Fund member presidents. Cole was the eighth leader of WVSU, serving from1982-1986. While there, he created a new academic division and built WVSU’s planning and advancement unit. He is survived by his wife, Brenda H. Cole, a Fulton County State Court judge, and their two children, Kelley S. Cole and Thomas Winston Cole, III.

Funeral services will be at 11 a.m. on Monday, April 25, at Cascade United Methodist Church. Internment details will be announced in the next few days. The family asks in lieu of flowers that donations be made to the Thomas W. Cole Jr. Scholarship Fund at Clark Atlanta University.