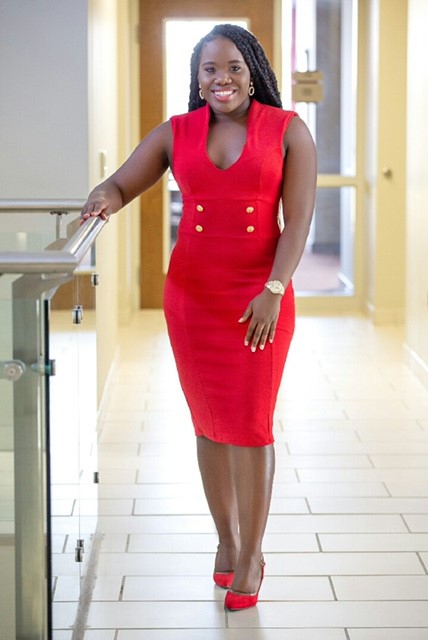 Our February Alumni Spotlight shines on Terrisa Mark, a native of the Caribbean country of Trinidad and Tobago. Ms. Mark graduated from Wiley College in 2017, earning a bachelor’s degree in Mass Communications alongside her brother Macahel Mark. As a student, Terrisa interned with the Marshall News Messenger. There, Terrisa shadowed reporters and received confirmation that she had a passion for journalism, particularly; broadcast and print journalism.

As a student, Terrisa’s fondest memory was winning both the 100 and 200 meter race at the 2016 Red River Athletic Conference and helping her teammates capture the conference title. It was also a memorable moment because her brother was part of the Wiley College men’s team that also won the conference.

In pursuit of her passion, Terrisa went on to obtain a Master of Arts degree in journalism from the University of Miami while also earning a spot on the University’s women’s track team as a walk-on member. She wanted to show that Wiley College prepared her to be both an amazing scholar and athlete. While studying, she interned at Miami’s leading radio station WLRN and boasts of the amazing experience she had covering Miami sports, especially when she reported on Dwayne Wade’s last home game with the Miami Heat. She received her MA in 2018.

Following graduation, Terrisa relocated to Memphis, Tennessee and became a freelance reporter for the historic black owned Memphis newspaper; the New Tri-State Defender. During her time in Memphis, she gained a plethora of experience in the field of news and sports writing. Terrisa covered the Memphis Grizzlies basketball team and describes interviewing Ja Morant; the 2020 NBA rookie of the year, as a moment that she will carry with her forever. Recently, Terrisa filmed and reported on the George Floyd protest in downtown Memphis. She was honored to film and march for such an important cause.

Terrisa believes that it is important to give back to Wiley because everything she is today is because of Wiley College. Terrisa states, “Wiley gave me a golden start to an extraordinary opportunity with a track scholarship. Supporting scholarships is super important because it allows others the same opportunity that I received.”

Terrisa’s life quote is “If you’re always trying to be normal, you’ll never know how amazing you can be”- Maya Angelou.